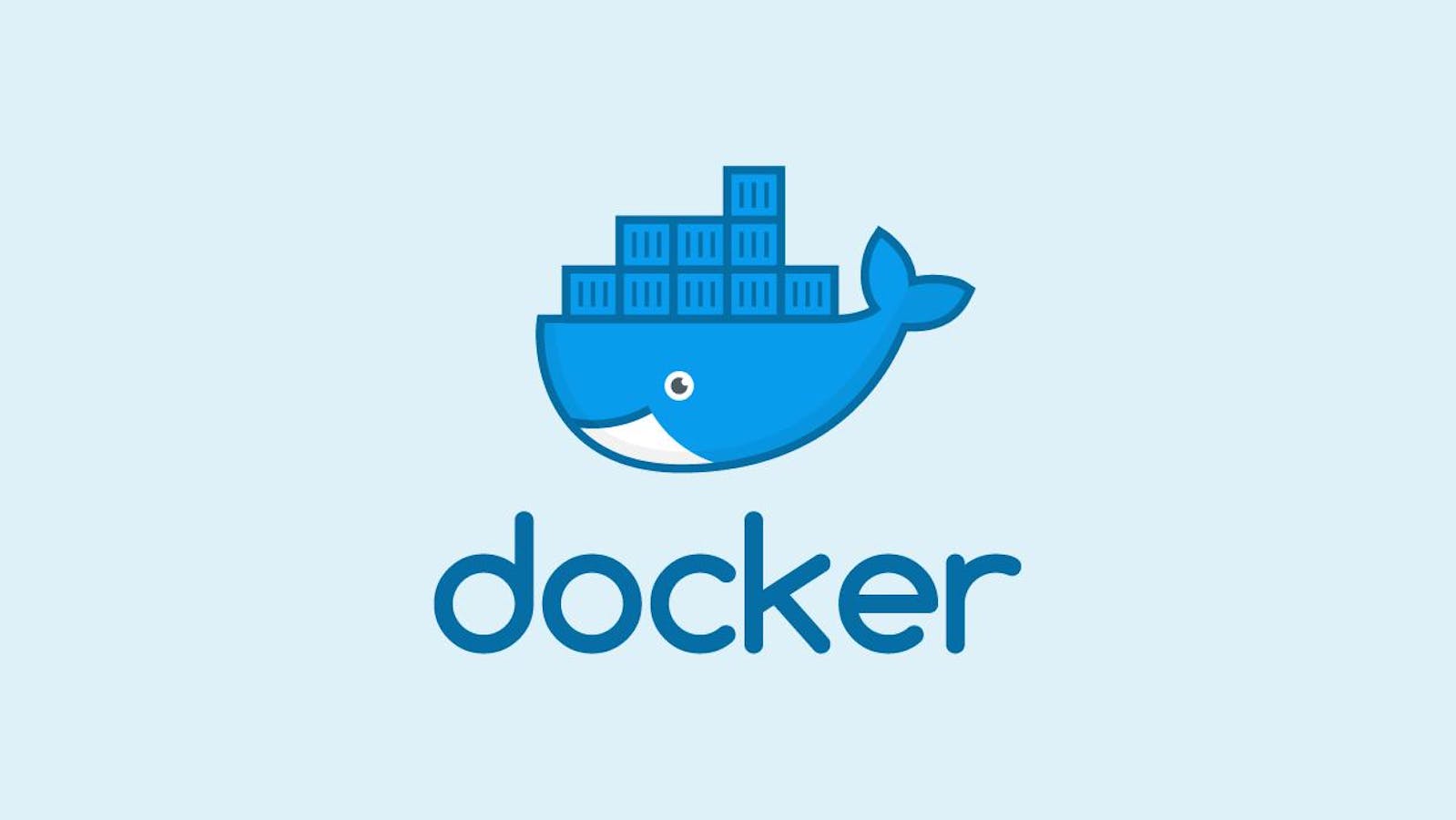 I would be running the commands on a Digital Ocean droplet running Ubuntu 18.04.

Before we get started, you can follow these steps here on the devdojo website on how to install Docker.

Once we have Docker installed we can proceed with the commands!

Before we get started you could try just running this command which would give you a lists with possible arguments. 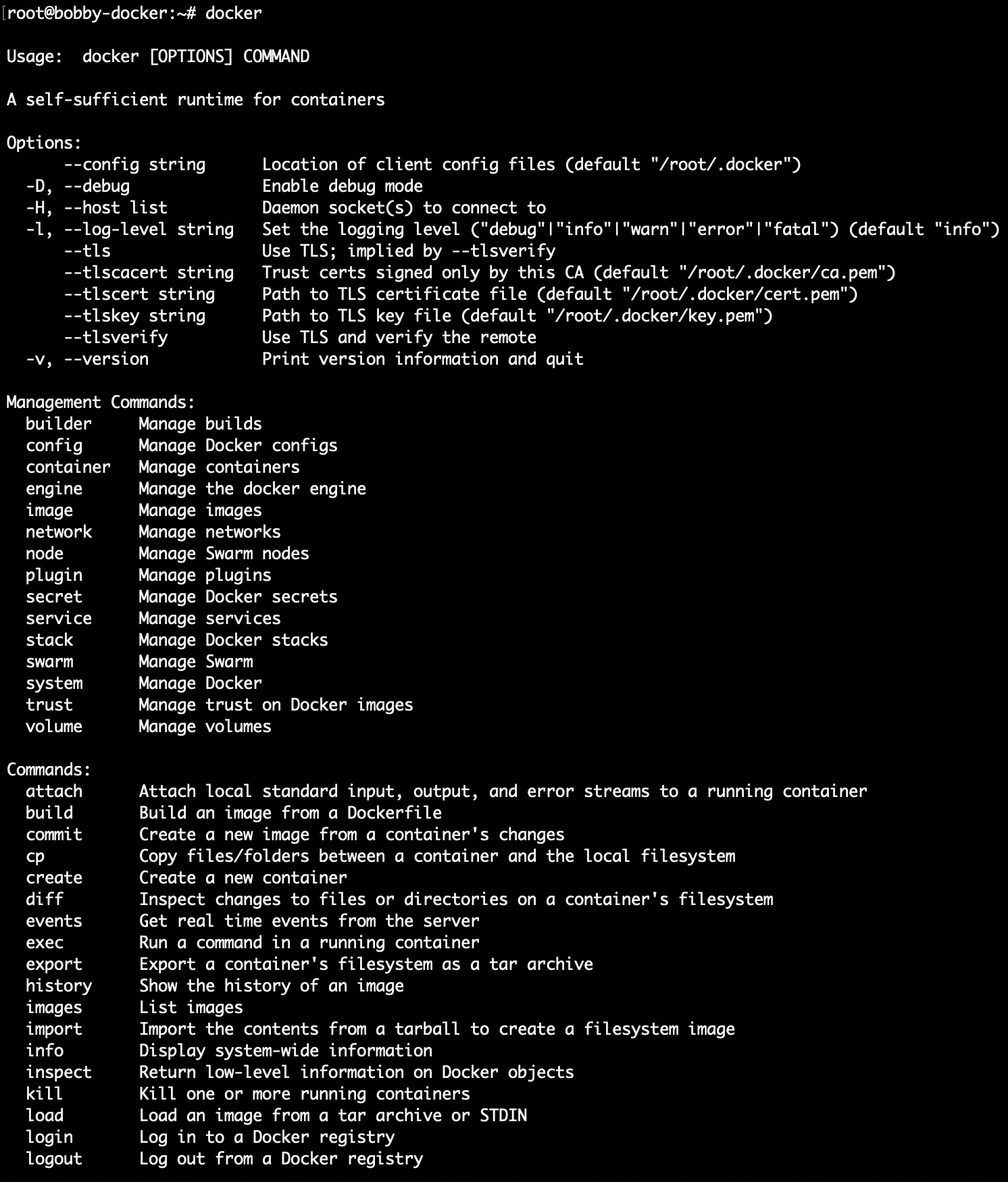 With the docker login command we would login to the Docker registry, where we could pull all kinds of Docker images

Note that if you don't have a Docker ID, head over to https://hub.docker.com to create one first.

With the Docker pull command we can pull an image from the Docker registry.

For example if we need an Apache and PHP image we could just run:

You would be able to see how the image is being pulled from the registry to your VM: 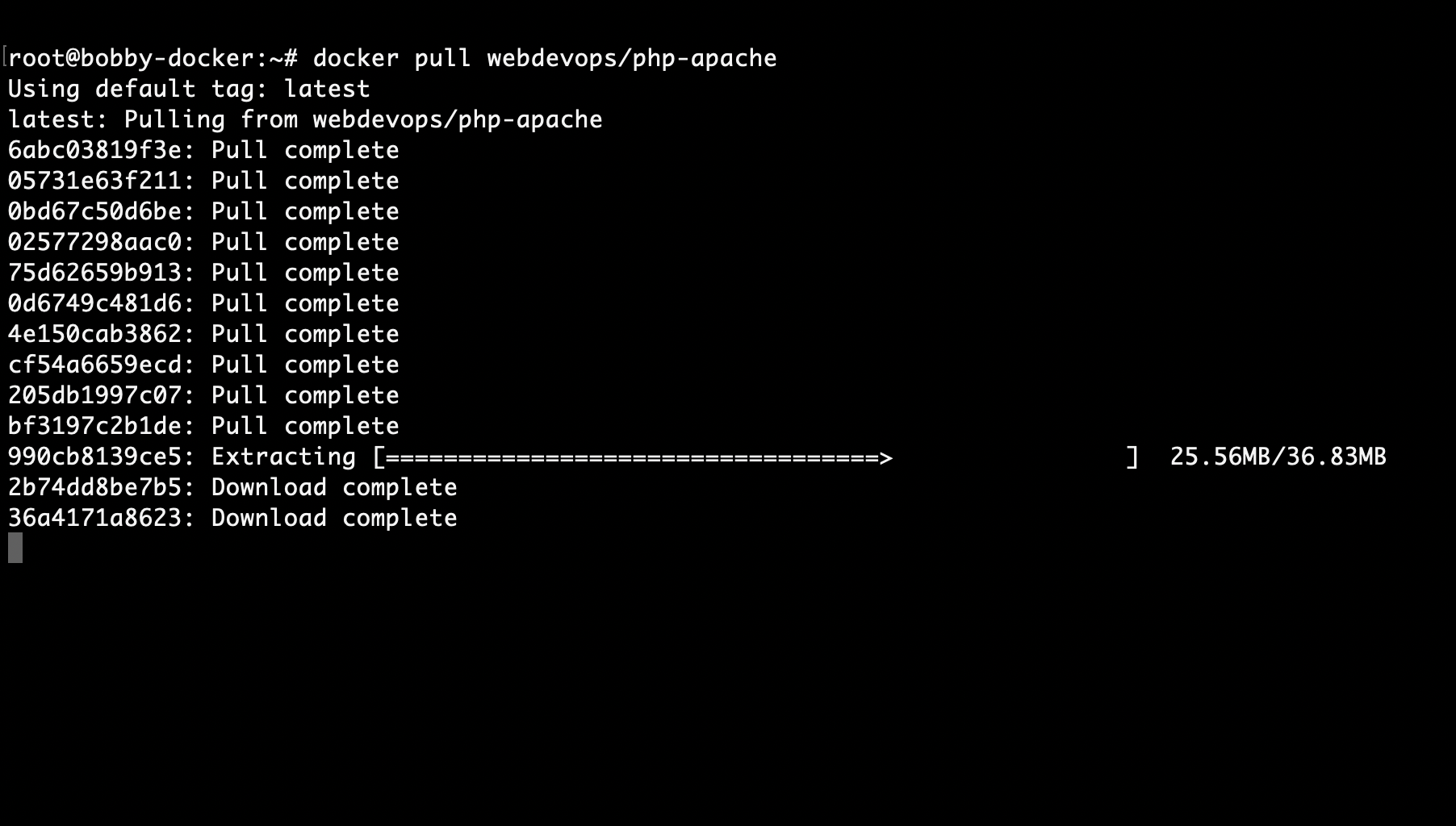 If you already the image locally, you would get a message that the image is up to date and it will not be re downloaded.

If you are looking for a specific image but you are unsure of the exact name, you could use the docker search command.

For example I was looking for a Laravel image but I did not know the exact name of the image, so what I did was to run this command here:

This would give you very useful information like the name, a little description and the starts of the specific repository: 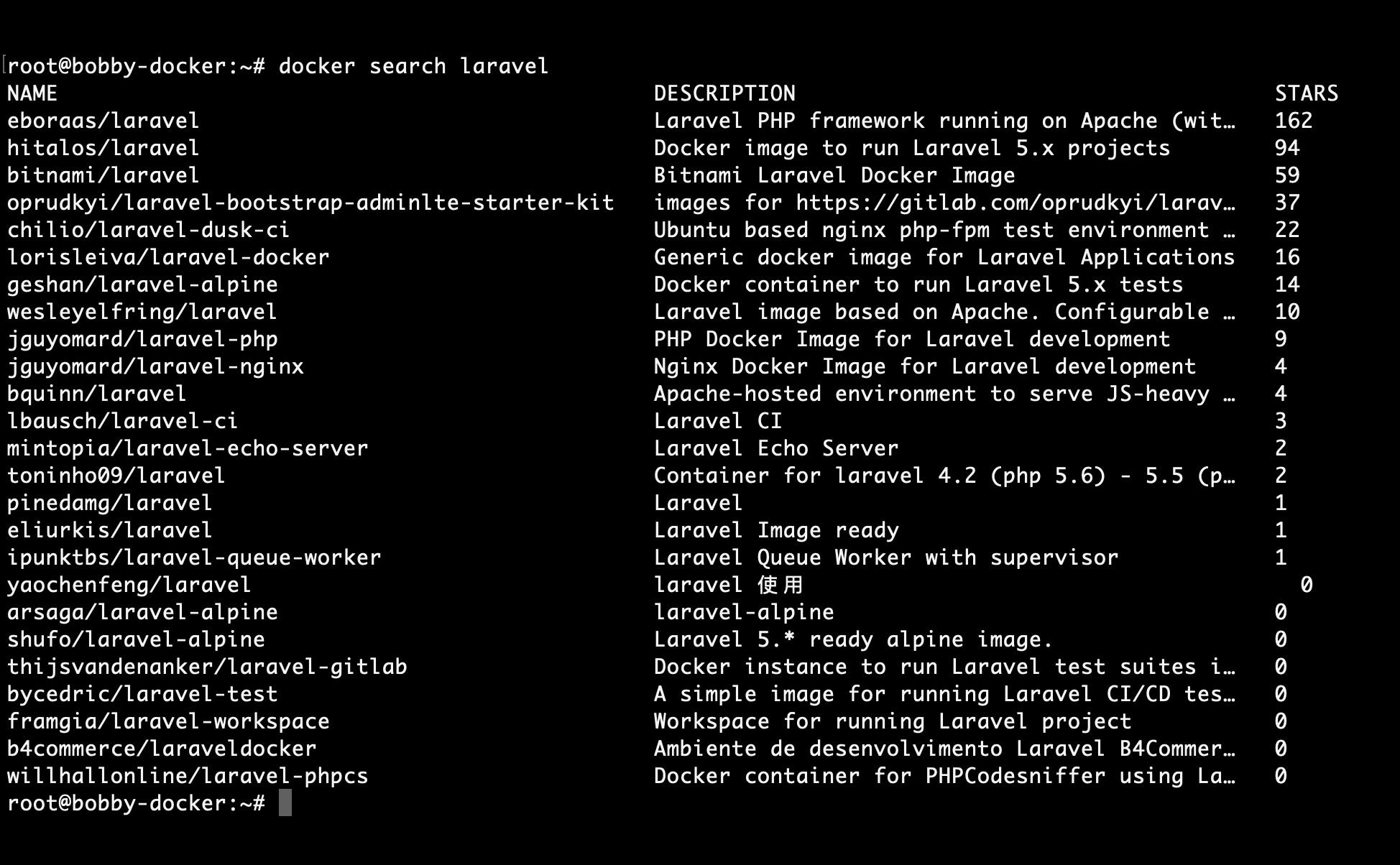 Once we've pulled a few images, we can get a list of the available ones with the docker images command

You would get the following output containing the repository, the image ID, when it was created and the size of the image itself:

For example, I want to delete the Wordpress image that I have, so all I would have to do is to run this command: 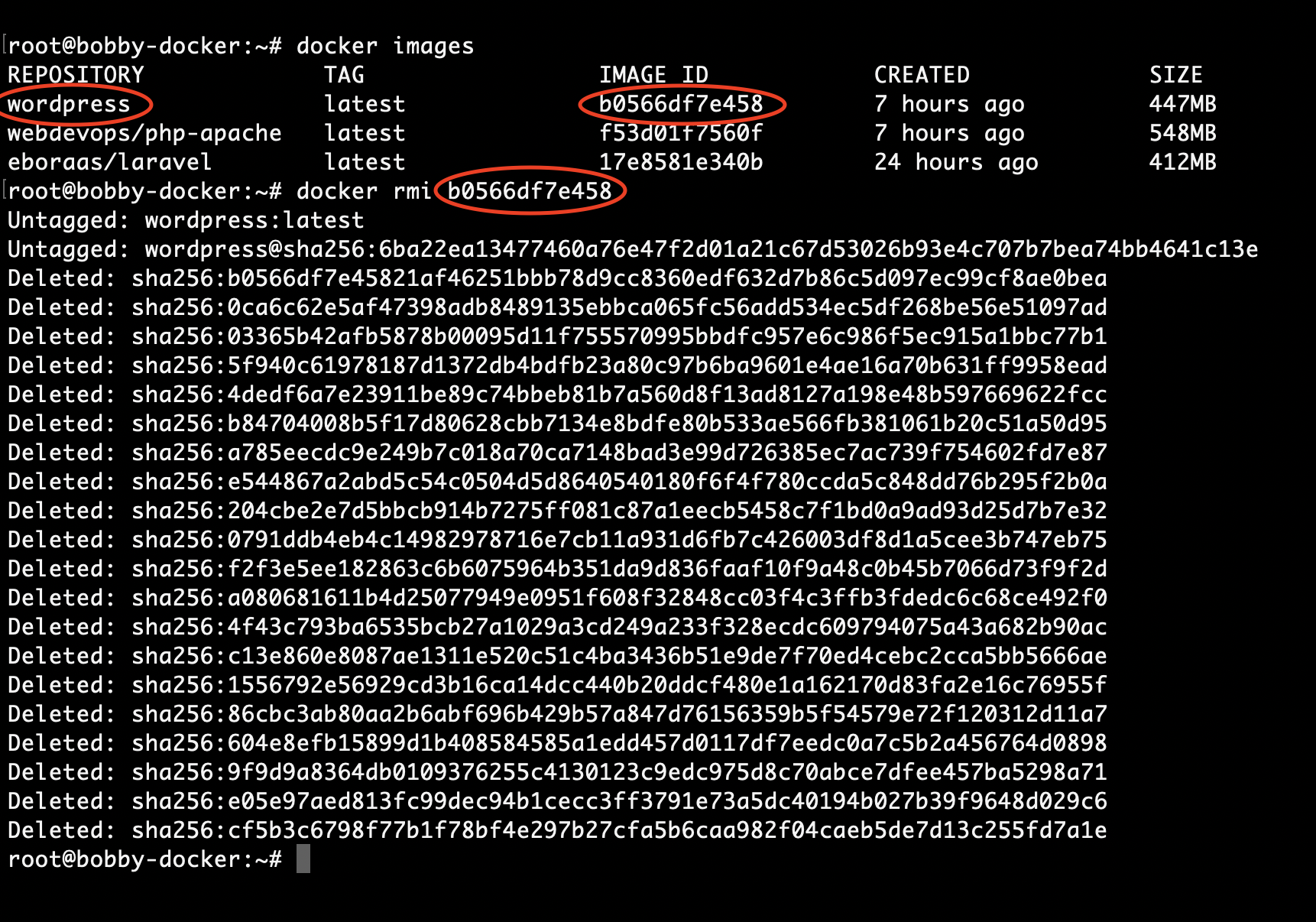 Now that we've pulled a few images we could actually run them with the docker run command:

For example I want to run the Laravel image that I've just pulled so what I would do is first to get the image ID, and then run the docker run command:

Quick rundown of the arguments that I've used:

-p 80:80 - this means that the traffic from the host on port 80 would be forwarded to the container. I need this so that then I could access my Laravel app directly though the browser.

Then I can access the Laravel app via my browser: 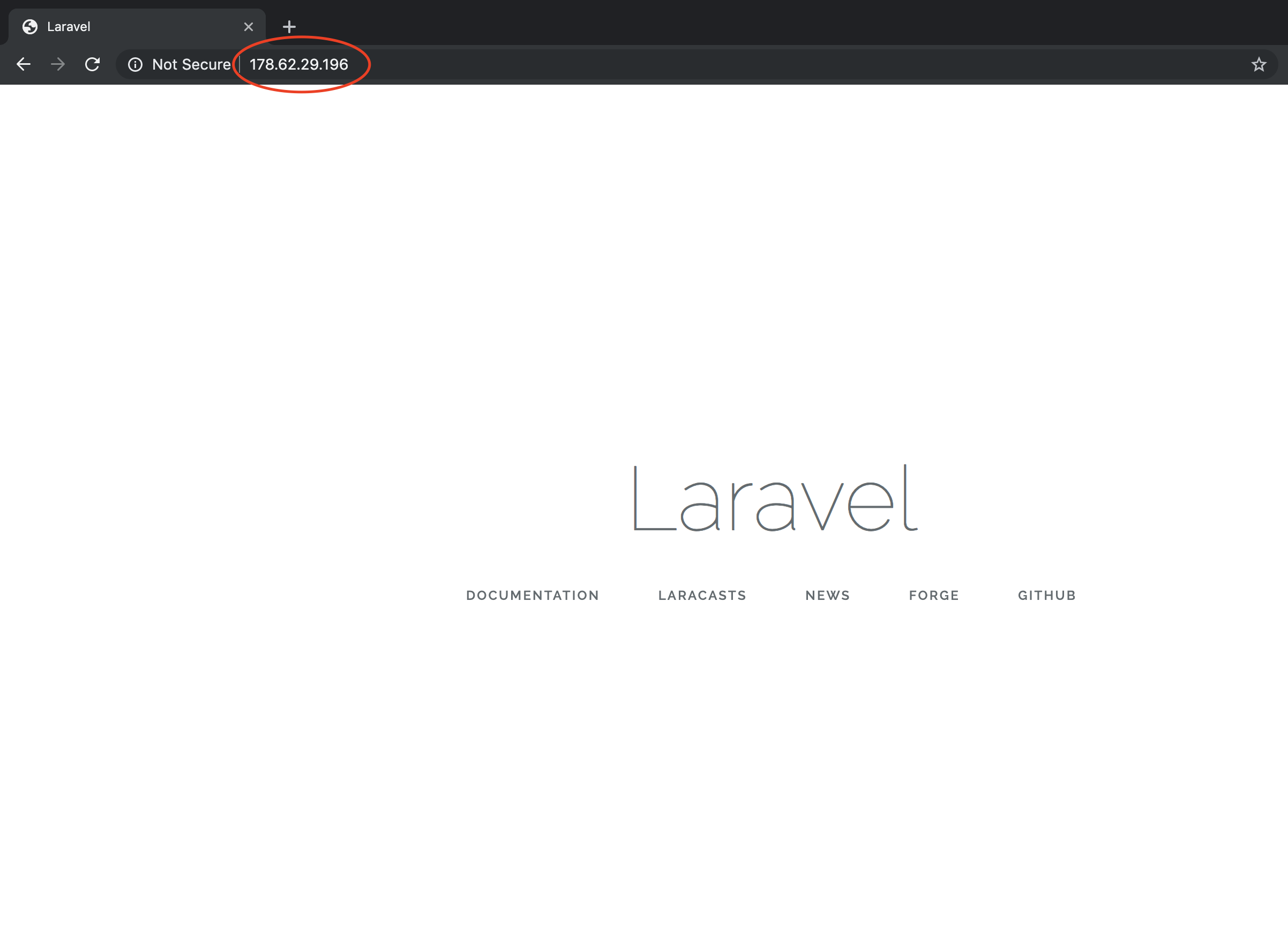 To list the running containers, you can simple run the docker ps command:

8. Stop and start a container

To stop a container simply run the docker stop command:

To get a list of all running containers, including the ones that you've stopped already you need to specify the -a argument:

To delete a specific container you need to first stop the container and then just run:

This would delete only your container but it would leave the image intact.

If you would like to delete the container and the image all together, just run:

Those were just very few basic commands but Docker is a really powerful tool and there's a lot of great documentation online. I strongly encourage everyone to give it a try!