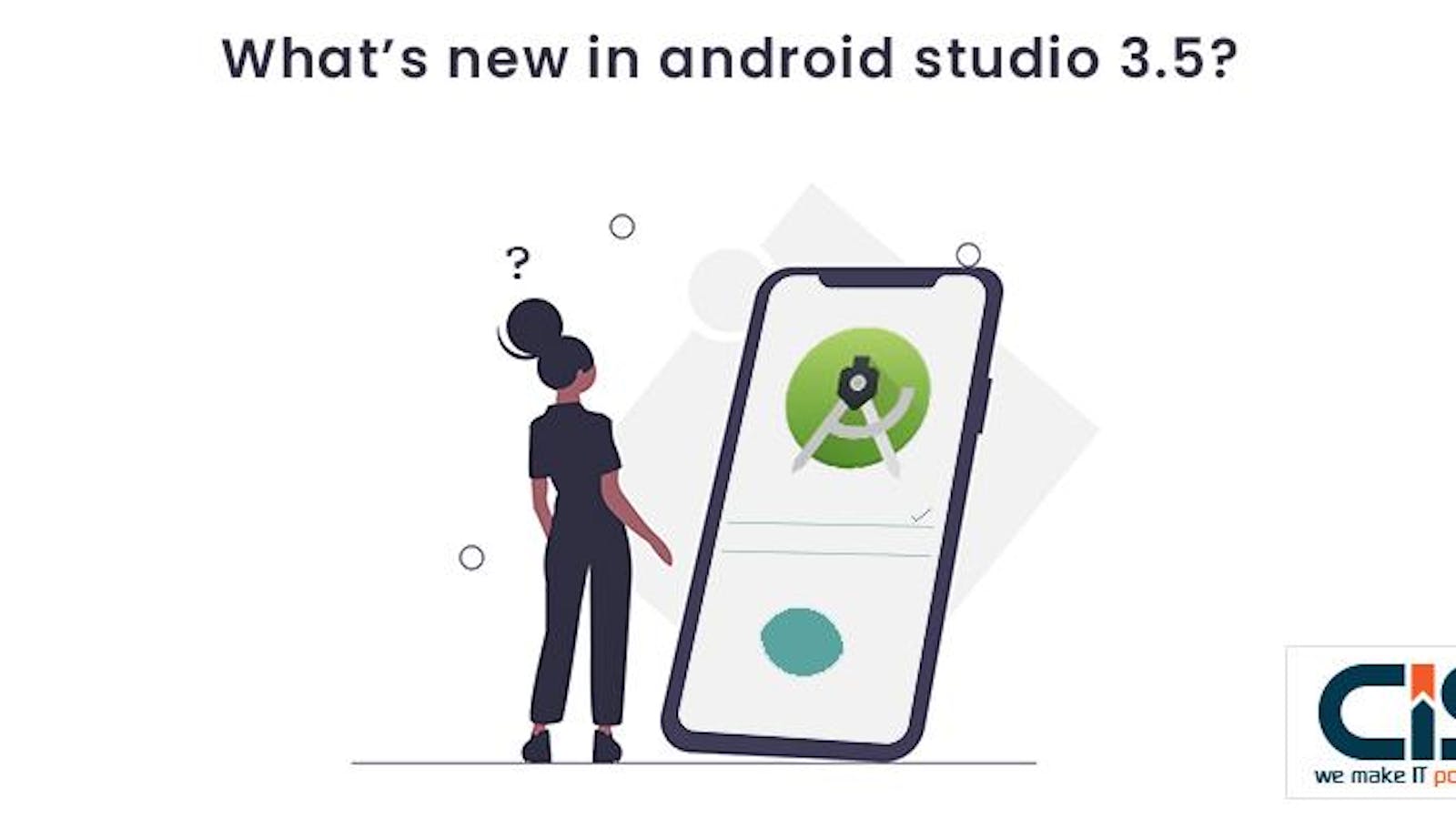 In the process of developing this new system version, the team of Google has established a new set of infrastructure and internal dashboards to detect and find solutions to performance problems. It has successfully able to fix over 50 memory leakages, 600 system bugs and 20 defects in IDE. The development team of Google has been focusing on lowering the memory and CPU impact for the android emulator with the help of its professionals, able to find a solution to these problems.

Hence, Android application development has been a major concern of Google for a long time now and it has actively worked to provide the best of services. Apart from enhancing the system’s health, Google has also focused on addressing certain critical aspects. These include layout editor, data binding, Chrome OS, etc. They have also worked tirelessly on the flow of app development.

Here’s a shortlist of some of the features of the latest Android Studio 3.5 version:

The new Android Studio 3.5 has the capability to automatically anticipate whether one’s android app requires more RAM in case the machine has a higher capacity of RAM. When the Android Studio notices that the individual’s project requires more RAM, it increases the memory heap size and also the android app developer of the same. The memory heap size can manually be also adjusted by:

a. Clicking on Appearance and Behavior.

b. Then going to memory settings.

While working on Project Marble, Google noticed that the code editing of XML was working slow, hence they got a professional team to optimize the XML typing. Hence this new version is likely to bring about a more good experience with XML. Upgrades have been made in typing latency which has improved the editing of data-binding expressions.

The new version has aimed to bring about new enhancements in the speed of the Android Studio. No matter how professional a developer one chooses, the project compilation always took more than 3 minutes in Android Studio. So, Google embarked on a mission to improve this speed through its new version 3.5. Google optimized the key annotation processes with incremental support which includes Dagger, Kotlin, Glide, AndroidX data binding, and Realm.

The new Apply Changes feature is a replacement of Instant Run, which enables one to quickly see the code edits on an emulator or device without the need to restart one’s app. This is great for Android application development. It is reliable and has a predictable behavior. To support the changes, the entire deployment pipeline has been reframed to improve deployment speed. The deployment toolbar buttons have also been tweaked simultaneously. However, the APK does not get modified due to Apply Changes.

The Android Studio 3.5 now helps the Windows users to detect and exclude built output folders. Hence the Studio guides one through the optimal setup. It has improved the access time for Disk I/O for Windows users.

Google has brought about a wide range of fixes, features, enhancements, and changes in the core areas of Android Studio on the top of its new features. However, Google didn’t share its plans for the next version. Android Studio 3.5 boasts a strong and healthy mechanism to evaluate the feedback of users. The several improvements in the system health by Google have simplified the performance. Google has introduced new processes for each of the above features to detect glitches if any.

Android Studio 3.5 comes with a promise of providing a wide range of features and enhanced user experience with the very latest upgrades. This latest version can be downloaded from the official website. As mentioned above the Android Emulator mentioned in this article ensures that the user must be having at least the v29.1.9 version of the Android Emulator that needs to be downloaded from the SDK manager. To update to this latest version one can go to the “help menu” and click on the “check for update” to find the desired option.

10 Awesome Programming Jokes An intro to Vue.js and why you may want to use it Safeguard Your Business The Technology of Tomorrow: Understanding Where Computer Software Is Heading Javascript Foreach Detecting Mobile Devices through javascript or PHP End to End Testing with Casper Executing BASH script on Multiple Remote Servers How to run a php script in background Sending Emails with Laravel and Mailgun